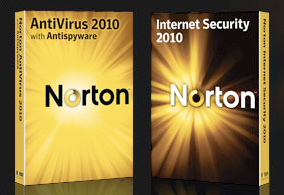 Quorum tracks files and applications and dozens of their attributes such as their age, download source, digital signature, and prevalence. These attributes are then combined using complex algorithms to determine a reputation. As a file is distributed across the Internet and these attributes change, Quorum updates the reputation of the file. This reputation is especially important when a file is new, likely to be a threat, and traditional defenses are not likely to detect it.

The Norton Insight family of technologies in the new 2010 products uses online intelligence systems to protect the PC and keep users informed of the security and performance impact of files and applications that they encounter in their everyday online experience:

The price for Norton Internet Security 2010 is US$69.99 for a three PC license, and for Norton AntiVirus 2010 is US$39.99 (both of them include a one-year service subscription to use the product and will receive Symantec’s protection updates).