Following the recent introduction in the Senate of bills that (if passed) would allow the U.S. president to shut down the Internet in case of a cyber emergency, a lot of people raised their voices in opposition. Corporations and privacy groups have the same goal in this issue, but for different reasons. 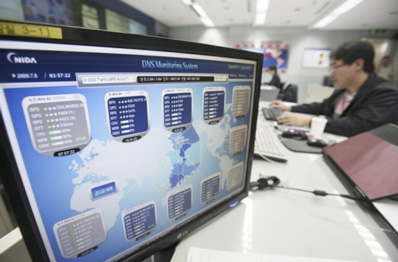 The private sector accounts for 80 percent of the Internet presence and is worried about what would happen to their business in case of Internet shutdown. Privacy groups are more concerned about the potential government power to access private Internet data (another proposition brought up by the bills) and the possible disappearance of a “haven for free thought”.

Newsday reports that although it is by no means certain that such a power could or should be given to the president, the fact stands that since the Internet has become a place from where much critical infrastructure can be accessed and tampered with, hackers have become an even more dangerous threat than before.

But Gregory Nojeim (of the Center for Democracy and Technology) seems to think that until the government is capable of keeping their house in order, they shouldn’t try to dictate to others what to do. Franck Journoud (of the Business Software Alliance) suggests that the government should limit their actions to systems of industries that are federally regulated.

In the meantime, since there was a lot of protest against these bills, they were rewritten – albeit in a vague way that leaves room for interpretation. The latest versions of the draft authorizes the president to “direct the national response” to a cyber threat.