Ryan Harris aka DerEngel, a hardware hacker/modder and author of a book on hacking cable modems has been charged with conspiracy, aiding and abetting computer intrusion and wire fraud. 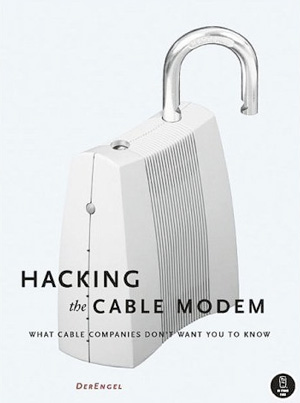 What prompted these charges? Well, Harris has an online business (TCNiSO.net – currently down) that sells unlocked cable modems. The problem with this is that these appliances can be put to illegal use – stealing speed or obtaining free service from broadband providers.

Wired reports that for the last five years, Harris and the rest of the group of enthusiasts that keep the site running have been creating tutorials in which they share with the world how to circumvent the locks that the manufacturers put inside the modems. They also sold these modified modems for $100. Their problems started when they sold a couple to an FBI agent.

Harris is the only one that has been charged so far, presumably because he is the project organizer of the site. He maintains that he would never sell an appliance to anyone who had criminal intentions. He says that there are many legitimate uses that unlocked modems can be used for, and that charging him for the criminal actions of other people that have been using the modems would be like charging a firearms dealer for murders that other people committed with the guns he sold them.

But the authorities say that there was one instance in which Harris made it know that he did, in fact, engage in illegal actions – he left an incriminating message on TCNiSO’s public forums, in which he’s asking for a verified MAC address and/or configuration files. It remains to be seen if it will be enough for a conviction.