Cenzic released its report revealing the most prominent types of Web application vulnerabilities for the first half of 2009. The report details the steady rise of attacks targeting these exploits ultimately costing the U.S. a substantial amount of money in both IT damage and identity theft.

Popular vendors including Sun, IBM, and Apache continue to be among the top 10 most vulnerable Web applications named. The most common published exploits on commercial applications were SQL Injection and Cross Site Scripting (XSS) vulnerabilities, which account for 25 percent and 17 percent of all Web attacks, respectively: 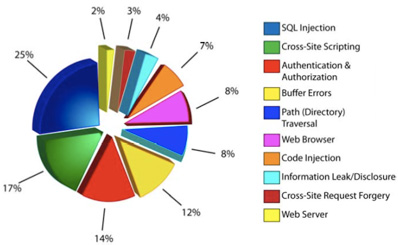 Among Web browsers, Mozilla Firefox had the largest percentage of Web vulnerabilities, followed by Apple Safari, whose browser showed a vast increase in exploits, due to vulnerabilities reported in the Safari iPhone browser: 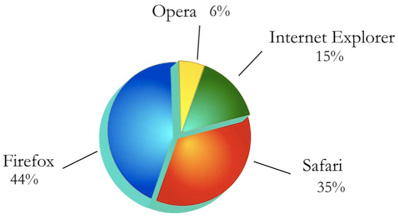 To find out about interesting web attacks and HTTP probes as well as attacks statistics, read the rest of the report.