The outstanding trend of the last 12 months has been the prolific production of new malware: 25 million new strains were created in just one year, compared to a combined total of 15 million throughout the last 20 years.

This is one of the findings of the latest malware report by PandaLabs which reviews the major incidents and events concerning IT security in 2009.

This latest surge of activity included countless new examples of banker Trojans (some 66%) as well as a host of fake anti-virus programs (rogueware). 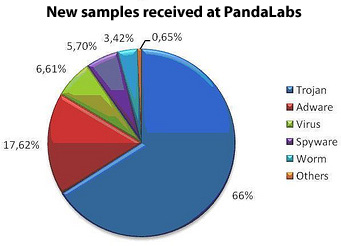 The report also draws attention to the resurgence of traditional viruses, previously on the verge of extinction, such as Conficker, Sality or the veteran Virutas.

As regards malware distribution channels, social networks (mainly Facebook, Twitter, YouTube or Digg), and SEO attacks (directing users to malware-laden websites) have been favored by cyber-criminals, who have been consolidating underground business models to increase revenues.

The report also examines how individual countries and regions have been affected throughout the year. Taiwan tops the rankings, followed by Russia, Poland, Turkey, Colombia, Argentina and Spain. Countries suffering fewest infections include Portugal and Sweden. 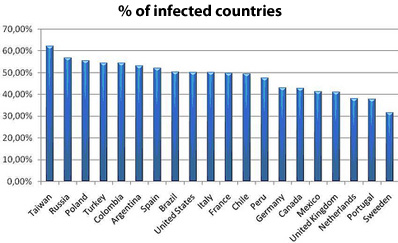 Last year also saw a rise in the number of news stories related to cyber-attacks with political motives or targets, suggesting that this is no longer the preserve of sci-fi movies and conspiracy theorists and is now becoming a reality.

PandaLabs has predicted that the amount of malware in circulation will continue to grow during 2010. Windows 7 will surely attract the interest of hackers when it comes to designing new malware, and attacks on Mac will increase. While we are likely to witness more politically motivated attacks the report concludes that, once again, this will not be the year of the cell phone virus.