The network of UK’s University of Exeter was hit on Monday by what they claim “is a completely new virus and we are the only organisation in the world to experience it. None of the mainstream virus software suppliers have seen this virus, and as such, there is no fix.” 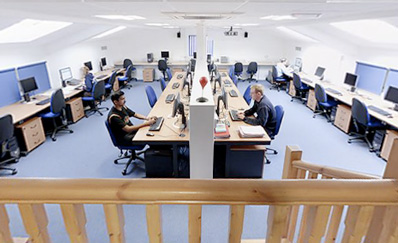 After being overrun by the virus, the network was shut down to avoid further infection and to protect the infrastructure. IT support has been returning it online bit by bit, cleaning house as they go. The latest announcement is that 95% of the network is back to normal.

According to Zack Whittaker of ZDNet, and his sources, the reason all of this was able to happen is the failure to keep software updated with vulnerability fixes and patches. They said vulnerabilities in Windows Vista and Windows Server 2008 allowed remote code execution, and are advising everybody with that OS installed to refrain from connecting their computer to the network for the time being.

It is believed that the virus originated inside the network, but it is not yet known if it came from a student or staff PC. Also, it has yet to be determined if anything was stolen or hacked during the time the network was compromised and still accessible.