The “Noise vs. Subversive Computing” project is a collaborative release between noise and experimental artists working with subversive technologists and computer hackers.

Ten representatives from each camp were asked to contribute a piece of work which could be anything at all: an audio track, a drawing, a written passage, software, video, or anything else that can be converted to binary. The noisicians had “subversive computing” as their central theme, and the technologists worked with “noise”.

We’ve spoken with the main voice behind the project, Pascal Cretain.

What was the motivation behind the “Noise vs. Subversive Computing” project? How did it all start?
The main motivation is to bridge the (archetypal) hacker types with the Noise-Experimental music and art community. To explore the creative potential of technology, stir things up and stay interested. I have been involved in both worlds for some quite some time now – that’s how the whole idea came about – and have met some truly bright people with very diverse interests and surprisingly similar, “out of the box” thinking mindsets.

In my eyes, the two communities just happen to use different instruments. The same people who build custom hardware and compile obscure OS kernels, would, under the right circumstances, set up custom performances passing on blindfolds to the audience in order to explore different perceptions of a live show. I can see an explosive potential here waiting to be explored.

How many individuals contributed to the project and how did you choose who to feature?
A total of 21 individuals (including the graphics designer) worked on the project. I know quite a few people in both scenes, and tried to pick as diverse a sample of individuals from both scenes as possible, while at the same time maintaining a healthy DIY attitude. Featured in the project are many different countries and tendencies of both the hacker and the noise scenes.

The music underground is a fascinating place to be in, with its own aesthetic rules and a general anti-attitude. It is a genuine, inclusive community with strong bonds and literally no geographic limits.

I consider that the stubborn, non-pretentious, music subgenres that collectively make up the underground have plenty to share. Even when they don’t have much to say, you can be sure that they will never lie to you. 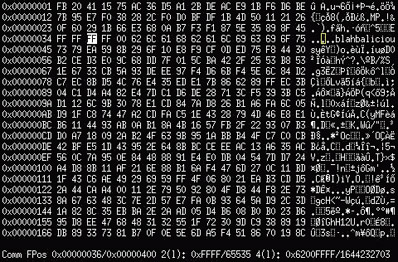 Regarding the Internet, I’ll quote Richard Thieme: “Now if it’s all right with you, I just want a few minutes with my friends. I just want to go where we don’t need to be always explaining everything, where everybody understands. Okay? And would you mind closing the door, please, as you leave?”

There surely will be continuation. A team of 10 is already working on a follow up project to “Noise vs. Subversive Computing”. This one’s called “Mutant Rhetorics”, will constitute the second release for my label – Computationally Infeasible Records – and is a collaborative authoring project utilizing the concept of “reusable resources” from object-oriented programming. You could say we are working on an Object-oriented noise novel. Aimed for release in 2010.

To learn more about the “Noise vs. Subversive Computing” project go here.