“News” of Facebook’s plan to charge for the use of its network is once again surfacing and being propagated by users and Facebook groups set up (as it seems) for the purpose of collecting a “fan” base will probably be spammed every once in a while.

I noticed today that some of my Facebook “friends” have joined a group that professes to be something like a public petition against paying for Facebook use. I am aware that occasionally such groups spring up – this has been going on for a while now – but I’m always surprised when people who have been using the social network for a long time turn out to have bad memory when it comes to stuff like this.

I was a little bit curious and searched for similar groups – and was surprised by the result: 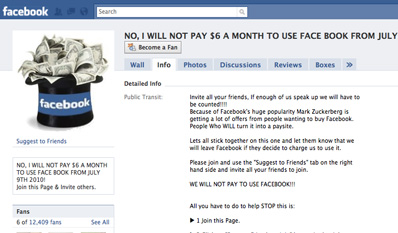 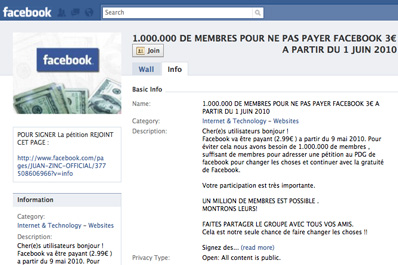 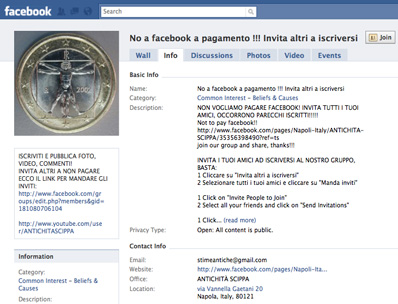 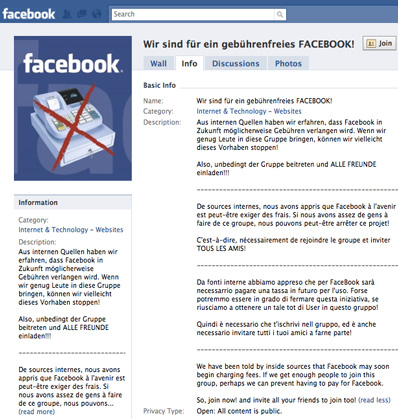 This is just a small sample, and the number of “fans” for each page is not small. I’m thinking there is probably at least one in every language spoken on this Earth and on Facebook.

In the past, such groups have been also used to spread malware or to hijack users’ computers, and have been taken down by Facebook, which is – by the way – definitely not planning to start charging users.

Since there is currently no warning about the malicious nature of any one of them, it is likely they are being used just for collect data for future spamming. Some have apparently been created by (and link back to) users that are trying to attract attention to their business.

But what really makes me wonder is why Facebook is not taking these groups immediately after they are created, since they are definitely misinforming the users.