Most businesses, despite having numerous mission-critical applications accessible via their websites, fail to allocate sufficient financial and technical resources to secure and protect Web applications, leaving corporate data vulnerable to theft. This is one of the results of a study by Imperva, WhiteHat Security and the Ponemon Institute. 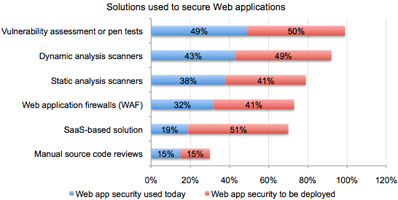 Of the top 10 data breaches in 2009, according to the Privacy Rights Organization, 93 percent of compromised records were stolen as a result of malicious or criminal attacks against Web applications and databases – most companies still remain significantly exposed.

“Most of the largest and recent data breaches to date have been a result of attacks against Web applications,” explained Jeremiah Grossman, WhiteHat founder and CTO. “To address today’s real cyber threats, companies must shift their security strategy – and budgets – from being predominately infrastructure-based and prioritize the data and applications directly.”

The Ponemon study surveyed 627 IT and IT security practitioners from more than 400 multinational enterprises and government organizations.