What seems to be a security glitch in the Facebook Platform has been misused by a number of developers to push out links through statuses and private messages.

The most interesting thing about the whole situation is that the “victims” only have to click on the offered link, and when the application loads it automatically posts the same message they have fallen for on their Wall and/or sends a message to their friends. 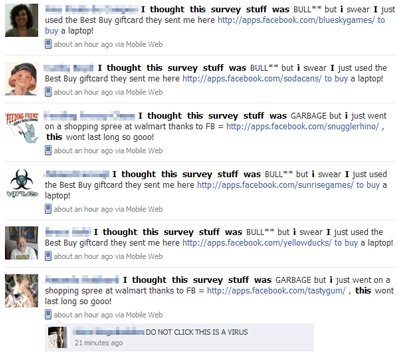 Here is an example of the private messages that have been sent to users’ friends: 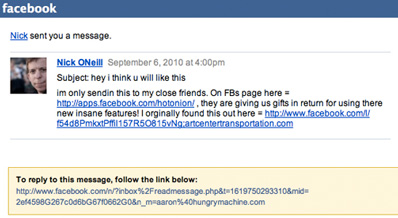 F-Secure followed the offered link to artcentertransportation.com, but the traffic is redirected to another site where “Mobile Entertainment” is offered – for a fee, of course.