When it comes to spam, we’re all used to rising numbers – and the rising annoyance. But it seems that there could finally a reason to rejoice: it looks like Spamit, the infamous pharmacy affiliate program, has voluntarily stopped operating – making global spam volumes decrease considerably. 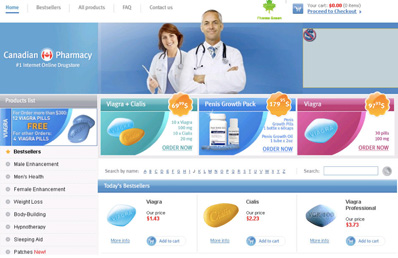 The fact was noted by Henry Stern, Senior Security Researcher at Cisco Systems, when he returned to work after the weekend and noticed that the traps they usually set to capture spam lacked messages advertising “Canadian Pharmacy”.

What’s the reason behind this happy news, is anyone’s guess, but it is likely that Spamit lived up to its promise to close doors at the end of September. As Brian Krebs reported, Spamit administrators published their intentions on their own website some two weeks ago, and “blamed the impending closure on increased public attention to its program” – meaning that they are perhaps hoping to disappear in the crowd before any formal inquiry or police action is made and jeopardizes their freedom or earned money.

These affiliate programs solve an interesting problem faced by criminal spammers. It is difficult to accept payments and deliver a physical product while also competing with computer security professionals who are blocking spam email and shutting down websites,” says Stern in his blog post. The affiliate programs serve the spammers by designing website templates, operating hidden back-end order fulfillment servers, processing credit card payments, shipping and tracking the physical goods and ultimately paying a substantial commission to the spammer.

Most of the time it is difficult to tie the affiliate programs to the spammers, but a problem in Spamit’s software led to a glitch that provided proof of the link between them and that “Spamit was providing more than just fulfillment services for its affiliates.” 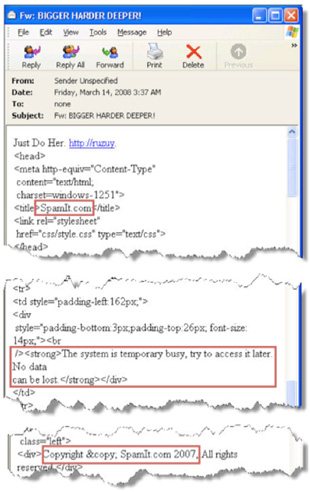 Stern thinks this news of a shutdown seem almost to good to be true, but I guess only time will tell. Even thought he would be glad to see this operation disappear, he is a little miffed that “the criminals behind this operation have not been brought to justice in the process.” Aren’t we all?