Splunk provides the ability for users to search, monitor and analyze live streaming IT data as well as terabytes of historical data, all from the same interface. 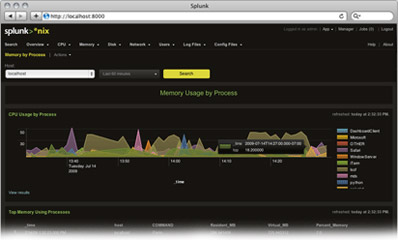 The following issues have been resolved in this release of Splunk: