The recent discovery by NASA scientists of a bacteria that uses arsenic in its cellular structure has prompted a lot of people to search the Web for information about it and the place where it was discovered – Mono Lake in California, USA.

As it had already been done with many topics that have fired up the imagination and the curiosity of a large number of people, malware peddlers have jumped to the opportunity to funnel that traffic their way and have set up a SEO poisoning campaign.

Sunbelt researchers report that Google Images results have been poisoned, making certain images redirect the users to sites that try to download a rogue security tool or to fake Firefox update pages that urge them to download the supposed update for the browser: 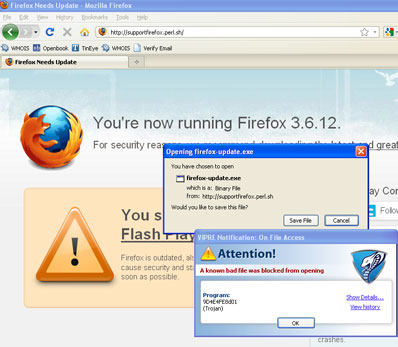 Of course, the offered file is such thing, but a Trojan downloader.