It seems that the active exploitation of the MHTML vulnerability that Google’s Security Team reported on earlier this month has a lot to do with recent attempts by the Chinese government to stem its own online revolution movement without appearing to be doing so. 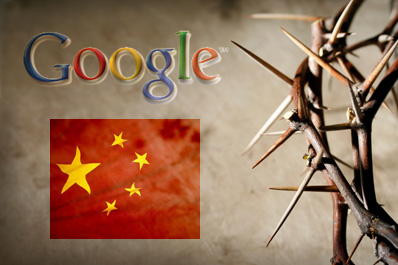 At the time, the developers didn’t point the finger towards the Chinese government but simply said that the attacks against their clients appear to be politically motivated. But Google has now decided to speak up and clear the air regarding the recent difficulties that Chinese customers and advertisers have been having with the Gmail service.

“Relating to Google there is no issue on our side. We have checked extensively. This is a government blockage carefully designed to look like the problem is with Gmail,” stated Google. China, as usual, did not comment on the accusations.

Security experts seem to agree that the attacks appear to be very sophisticated but that they fail at appearing to be a consequence of difficulties with Google’s systems.

Google has not offered many details so far, beside claiming that the problem doesn’t rest with them. Obviously, they aren’t happy about it, especially since their presence in China has been dogged by a slew of problems, among which the censuring of their search engine’s results and the Aurora attacks have been the worst.