While the majority of PCI compliant organizations suffer fewer or no breaches, most practitioners still do not perceive PCI-DSS to have a positive impact on data security, according to a study by Imperva and the Ponemon Institute. 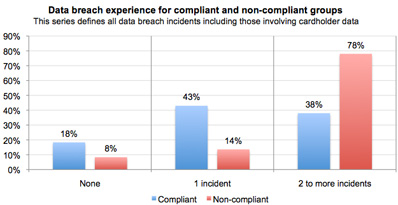 Despite evidence to the contrary, the study also found that 88 percent of respondents did not support the claim that PCI-DSS compliance has a positive effect on the number of breaches experienced, and only 39 percent mentioned data security improvement as one of the regulation’s value propositions for business. In fact, only 33 percent believe that PCI-DSS compliance expenditure is covered by the value it brings to organization.