Fake antivirus software for Windows crop up daily, but it seems that mobile users will also have to start being on the lookout for such scams.

According to them, the rogue solution reports that it has identified two threats on the mobile device and claims that it has encountered an error while trying to disinfect it: 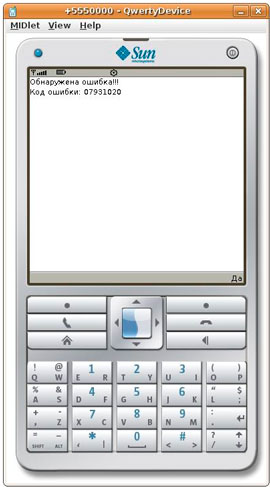 It’s always the same two threats, so it seems that the result of the scan is hardcoded. Along with the error message, it also gives the users an error code.

“This sample is supposedly spread by some social engineering tricks where the users would have been provided with support numbers/email id to contact to resolve these error codes,” explain the researchers. “This info was missing to conclude how the malware authors were actually getting the money.”

But even if that part of the puzzle is missing, it is perfectly obvious that mobile devices are becoming a new battleground on which malware developers and users will butt heads. It is high time for us to start considering our mobile devices as open to attacks as our computers, and simply be more careful about what we download onto them.