Google has decided to introduce a small but hopefully effective change in the way it presents Gmail user with received emails.

Starting from now, every time a user receives an email from someone who isn’t in his Gmail contacts, the header will automatically show the sender’s email address without him having to press the “show details” link.

“If the sender’s full email address is displayed, then Gmail thinks that you have not communicated with this sender in the past. If the email address is quite long, we’ll show you a shortened version,” it is explained in Gmail Help. 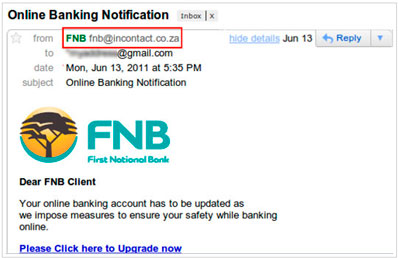 With this change Google is hoping to help users in detecting phishing and other spam emails. “If someone fakes a message from a sender that you trust, like your bank, you can more easily see that the message is not really from where it says it’s from,” says Ela Iwaszkiewicz, a software engineer at Google.

Also, when Gmail detects a suspicious email or when it seems that someone has spoofed a Gmail address, it will warn the user about it.