A person or a group going by the name of TheScriptKiddies managed to hack @foxnewspolitics on Twitter and used it to announce fake death of President Barack Obama.

Here are the latest @foxnewspolitics tweets: 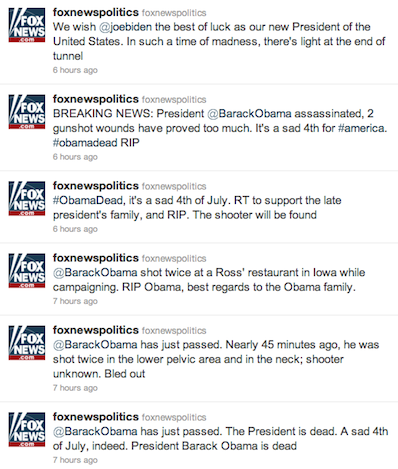 FoxNews.com gave the following statement about the hack:

Hackers sent out several malicious and false tweets claiming that President Obama had been assassinated. Those reports are incorrect, of course, and the president is spending the July 4 holiday with his family.

The hacking is being investigated, and FoxNews.com regrets any distress the false tweets may have created.