Identity theft is a growing issue in many countries with 80,000 cases per year in France alone, according to the French Interior Ministry. For this reason the French National Assembly has decided to vote on the new law on identity protection. 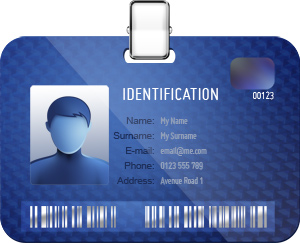 The new French smart ID card is supposed to protect against identity theft and offers a new way to interact with administration services. However, to open a digital world for French citizens, the Government has to focus on smart card readers’ deployment.

According to Frost & Sullivan, the Government and ID market worldwide has been growing significantly reaching 198 million unit shipment in 2011, with a market growth rate of 4.2 per cent (2010-2011).

“The French eID card program is conveyed to tackle the identity theft problem, which is of growing importance in the country,” says Jean-Noel Georges, Global Director Smart Cards Practice at Frost & Sullivan. “The proposed solution is a smart card with two chips: one including personal data with biometric information, and a second one for e-services, with the latter usage optional only.”

The French Government has to face two major issues before successfully implementing the project. To be able to manage biometrics and personal information, there is a need to create a database to collect, store and manage all the data. However, taking into consideration historical facts, France decided to restrict the database access to authorized persons only, using a professional smart card to be logically authenticated. The search will give only a list of possibly matching persons, keeping privacy secured.

“The second issue is the national ID card usage for e-commerce and interaction with administration by using e-services,” comments Jean-Noel Georges. “To allow a French citizen access to the digital world by using a digital signature, the need of an external reader is mandatory.” This might be an important hindrance for e-services usage adoption, if the French Government will not push for smart card reader deployment.

France is a leader in the smart card market industry, with three major players from the top five operating in the country. According to the Frost & Sullivan the big three are: Gemalto with 38 per cent, Oberthur with 18 per cent and Morpho with 9 per cent. These three are leading the Smart Cards market share globally in unit shipment.

Despite of this, France is still using old style documents such as driver licence or national ID card. The country should follow Germany’s steps and move forward to be a part of the digital world by employing advanced technologies and promote them among citizens.

“Ten European countries already have implemented the usage of the smart card as an eID, with Germany having introduced a two-chip ID card in Nov 2010. Whereas Germany did a big jump, France is still waiting,” concludes Mr Georges.