Initially, the data was sent to users on CDs, and included huge amounts of information – from names and addresses to friend requests, logins, photos, status updates, and much more. 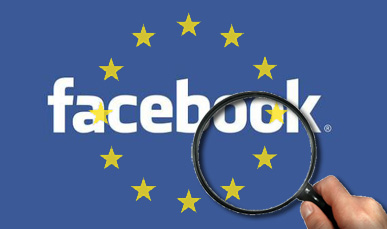 All in all, 57 categories of data were included. But, as the “Europe vs. Facebook” campaign began gaining popularity, Facebook’s Data Access Request Team ability to create these “compilations” was soon surpassed.

The team began responding to requests by email and saying to the users that they will receive the information with delay.

Max Schrems, a law student at the University of Vienna and leader of the “Europe vs. Facebook” campaign recently made known that apart from the included 57 categories of data, there are at least 19 more that are unknown.

And now, even though the Ireland’s Data Protection Commissioner is currently auditing the company, Facebook has decided to lighten the stress these requests put on their infrastructure and employees. It has stopped sending out CDs and all requests for data are redirected to a page where users can download a tool that makes an archive of “all of the personal information you’ve shared on Facebook.”

Schrems has a problem with that, as the archive in question contains only 22 data categories – all information that users can see by themselves by simply going through their account. According to IT World, Facebook claims that this option is better for users, as opposed to the “exhaustive, pixel-by-pixel dataset that is of less practical use.”

The “Europe vs. Facebook” group contends that claim, saying that the users have a right to access all the data available on themselves, including things such as their use of the “Like” button, how they interact with the ads on the site, and more. Also, according to the E.U. Data Protection Directive, Facebook is required to disclose information about how things like friend suggestions work.