A new Barracuda Labs study provides an example of an increasing number of attackers move to social networks to carry out their wares. 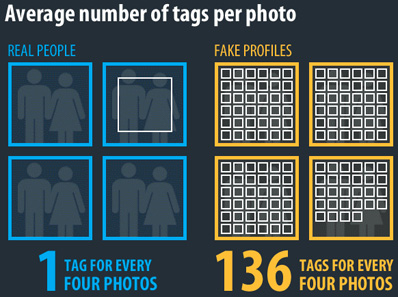 Highlighted findings from the Barracuda Labs study include:

“Also, researchers have shown how friending malicious accounts can lead to account takeover using Facebook’s trusted friend account recovery,” Judge continued. “We have analyzed thousands of fake accounts to determine features and patterns that distinguish them from real users, and created a feature-based heuristic engine to distinguish real users from fake profiles.”

The study illustrates how attacks on Facebook are structured to exploit the “friendship” concept and trust of widely-used applications. A variety of machine learning techniques are used to analyze shared URLs, profile images, profile information, and connections with other users to reveal associations, weak and strong, between malicious users.