419 scams have at one time been so prevalent, that the majority of Internet users were faced with at least one per week. We thought we have seen it all: inheritances from African princes, lotteries, or random strokes of luck.

The onslaught of these fraudulent mails has somewhat diminished since then, but every now and again a curious new approach is unearthed – as evidenced by Sophos’ Graham Cluley.

He received an email from a certain “Karen Shaw” that piqued his interests. It said that she lives in New York, that she has lost her husband and three kids in an accident, and that since then, she could not “gain” herself.

Still, she has now rallied enough to want to help others, and offers loans to people in need who want to start a business.

How she would go about doing it, she doesn’t initially say, so when Cluley replied to the email, she shared that she was waiting to receive a sum of 10 million dollars that she couldn’t get until her husband’s debt (“only $15,000”) has been cleared.

Obviously, she wants him to pay the debt in her name, and in return he would get $200,000. Deflecting Cluley’s proposed solution to her problem (getting a loan), she offers proof of her identity – ostensibly, a scan of her passport – without having been solicited to do so. 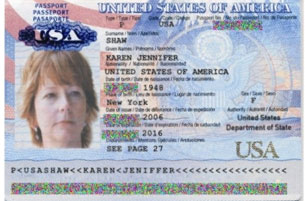 Sensing perhaps that this isn’t enough to convince him, Karen’s “solicitor” gets in touch and tries to convince him of the legitimacy of her claims by offering a copy of a “memorandum of understanding” between Karen and Cluley that should allegedly be enough to legalize the transaction and assure him that the $200,000 will be delivered to him as promised.

Unfortunately for the scammers behind these emails, they’ve played with the wrong man, and have come out of it empty-handed.

Still, I do not doubt that in harsh economic times such as these, there are always people that fall for similar scams.

After all, if just one victims pays up, the effort has been worth it. $15,000 is a respectable amount of money to gain from exchanging a few emails – no matter where you live.