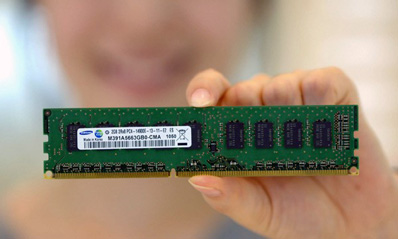 Using 30nm-class process technology, Samsung sampled new 8GB and 16GB DDR4 modules in June, in addition to providing them to major CPU and controller makers. The modules will bring the highest density and performance levels to premium enterprise server systems.

Employing new circuit architecture for computing systems, DDR4 technology boasts the highest performance among memory products available for today’s computing systems, which by next year will reach twice the current 1,600 megabits per second (Mbps) of DDR3 based modules.

Samsung will keep working on completion of the JEDEC (Joint Electron Device Engineering Council) standardization of DDR4 technologies and product specifications, which is expected to be accomplished by August.

The company said it will work closely with its customers including server OEMs, as well as CPU and controller makers, to expand the market base for high-density DDR4 modules, of which it plans to begin volume production next year.

It also is set to expand the overall premium memory market with its most advanced 20nm-class based DDR4 DRAM products, which will be available sometime next year at densities up to 32GB.