Pinterest, the extremely popular pinboard-style social photo sharing website, has launched official apps for Android, iPad and iPhone back in April, but that hasn’t stopped scammers and ad-pushers from pushing out some of their own. 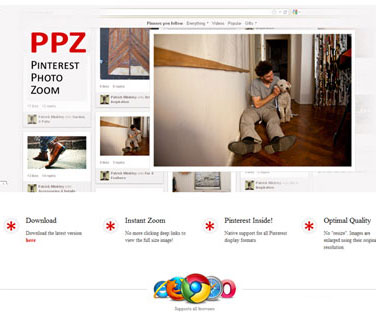 Unfortunately, it doesn’t deliver on the promise – at all. What it does is install a program designed to inject ads on websites users visit and video ads on YouTube that appear before the videos the users want to see.

According to the researchers, the website from which the app can be downloaded is located on a domain hosted on a IP range harboring other malicious sites.

“The privacy page URL specified in their EULA page leads to a dead page,” they point out, and add that the Pin Photo Zoom app apparently has a second site called pinterestphotozoom.com.

“Its content is exactly the same as the content of widdit.com. Widdit claims to be a toolbar, add-on, or Android app.”

As always, users are advised to download apps from legitimate online marketplaces, and to check carefully what permissions they require.