Shylock is a financial malware platform discovered by Trusteer in 2011. Like most malware strains, Shylock continues to evolve in order to bypass new defensive technologies put in place by financial institutions and enterprises. While analyzing a recent Shylock dropper Trusteer noticed a new trick it uses to evade detection. Namely, it can identify and avoid remote desktop environments – a setup commonly used by researchers when analyzing malware.

Suspected malware samples are collected for analysis and often placed onto machines that are isolated in an operations centre (“lab”). Rather than sitting in front of a rack of physical machines in a cold basement lab, researchers use remote desktop connections to study malware from the convenience and cosiness of their offices. It is this human weakness that Shylock exploits.

This latest Shylock dropper detects a remote desktop environment by feeding invalid data into a certain routine and then observing the error code returned. It uses this return code to differentiate between normal desktops and other “lab” environments. In particular, when executed from a remote desktop session the return code will be different and Shylock won’t install. It is possible to use this method to identify other known or proprietary virtual/sandbox environments as well. 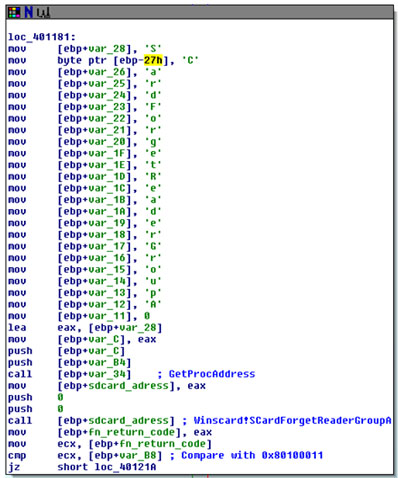 “Trusteer solutions are not affected by anti-VM/anti-research techniques employed by malware. That is because we use real-time application protection to monitor for suspected malware behaviour in the endpoint device’s memory. This approach prevents malware from compromising applications, including the browser, and stealing data like user credentials. It is also immune to Malware evasion techniques designed to identify remote desktop and virtual machine environments,” said George Tubin, senior security strategist at Trusteer.