App developer Root Uninstaller claims that some of his original apps for the Android platform have been copied and are currently being sold on Google Play.

He offers the example of his Smart RAM Booster Pro app, which is sold for $2,49, and says that another “developer” that goes by the name of “Team Droid” is (are?) effectively selling the hacked app under a different name – RAM Booster Pro – at a price that’s a hundred Rupees higher (around $1.85) than the original price.

The opportunistic “developer” is even using the original application’s art work.

And Root Uninstaller hasn’t been the only victim of Team Droid. The “developer” has also hacked and repackaged Booom Soft’s Cardiogram Live Wallpaper, Dog sniffs screen, The glass of beer, and other developers’ free apps (click on the screenshot to enlarge it): 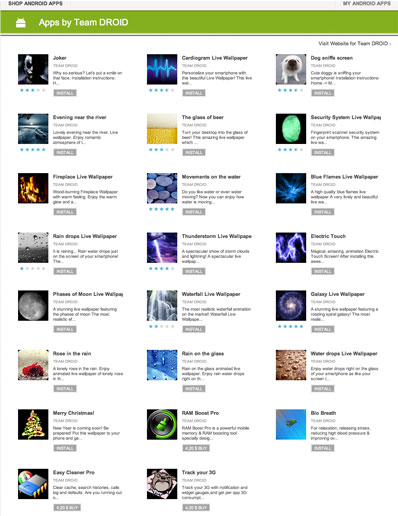 These free apps are ad-supported, and the “developer” probably earns money by pushing other advertisements to the users.

According to The Mobile Indian, Google has been notified of Team Droid’s modus operandi, but is yet to respond.

As I’m writing this, Team Droid has still not been booted out of Google Play, but the worst thing is that there are likely many “developers” that profit from Android’s open source policy by doing the same thing.