At the RSA Conference 2013 in San Francisco, SpiderOak announced it is launching privacy into the mainstream with the unveiling of Crypton, a “zero-knowledge” application framework for building cryptographically secure applications. 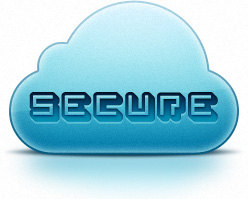 Such applications offer meaningful privacy assurance to end users because the servers running the application cannot read the data stored by end users.

In the past, using cloud technologies meant definitively sacrificing privacy (having plaintext information viewable by 3rd party servers). This has changed as Crypton now empowers companies and developers to realize “zero-knowledge” privacy cloud environments out-of-the-box. This is accomplished by transparently handling the complicated cryptography layers through Crypton and allowing companies to focus on domain specific challenges instead of figuring out how to push privacy and security after-the-fact.

Amidst the cacophony of security-related announcements from other cloud-oriented vendors, it is prudent to understand the differences between privacy and security and the result afforded by each. In simplest terms, security relates the lock on your door whereas privacy references the blinds on your windows. Of course both are important and needed attributes; however, security alone does not protect against a litany of growing issues from who ultimately has access to the data (liability) to how accessible that data may be during an attack (security breach).

When asking 3rd party companies to house and protect these sacred elements of our lives and/or businesses, it does begin to raise important questions that go beyond just the guarantees “security’ alone provides.

“Most companies out there aren’t making money by mining through your uploaded content; rather, they are providing a service and charging a monthly or yearly fee. Through Crypton, these companies can now give privacy back to their user base and further protect themselves against potential liabilities and/or outside attacks,” said Ethan Oberman, CEO and Co-Founder of SpiderOak.

“Ultimately – we believe that privacy is a right in this country. And inherent in privacy is the concept of ownership. We own our information and therefore can make decisions about when and with whom we share it. This issue has been severely complicated by the growing nature of cloud technologies as the data you upload had to be accessible by that 3rd party company in order for that service to be useful. But the world is evolving and Crypton gives the conversation a meaningful place to start.”