Fingerprint scanners might not work with severed fingers, but artificial ones still manage to fool them, as proved by the recent discovery of a fraudulent scheme set up by doctors working in the Ferraz de Vasconcelos hospital in the Sao Paulo state in Brazil. 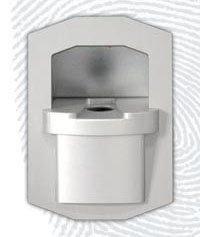 The story broke when Globo TV managed to get its hands on a video that shows 29-year old doctor Thauane Nunes Ferreira first clocking in at work by pressing her own finger onto the device, then doing the same for two colleagues by using silicone fingers.

In the footage, she seems uncomfortable doing it, and collecting the slips of paper that proved that those persons checked in. After having been arrested, she admitted to doing it for a while now, but pointed out that she was coerced into doing it by Jorge Cury, the head of the emergency room, who allegedly organized the whole scheme and threatened the ones who didn’t want to participate with dismissal from their job.

It is also alleged that his own daughter was employed by the hospital, in which she hasn’t set foot for over three years.

The scheme – and Cury’s involvement in it – has apparently been confirmed by a doctor who resigned two years ago because he (she?) refused to break the law.

Five doctors have been suspended while the investigation goes on. Acir Fillo, the mayor of Ferraz de Vasconcelos commented that it is possible that as many as 300 hospital employees were in on the scheme and were paying to be clocked in while working somewhere else and collecting two pays.

Unfortunately, the report does not mention which fingerprint scanners are used at the hospital, but it proved that the development of this particular type of biometric device still has a way to go in order to reach a satisfactory level of assurance.