Over the last year we have witnessed security attacks against the worlds’ largest organisations, and cyber-attacks which have increasingly been viewed as one of the biggest threats to the enterprise. However, does this mean organisations are beginning to take the threat more seriously and are starting to implement cyber strategies into their business? 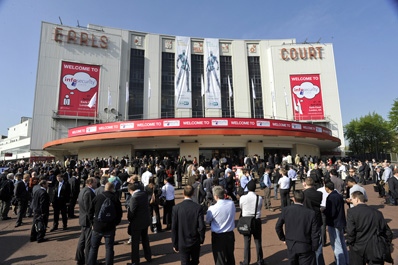 The UK Government certainly seems to have upped its game, with it recently announcing plans to develop a new cybercrime emergency response unit and a cyber reserve forces army. The US is also taking action with the recent Executive Order from the Obama Administration on improving Cybersecurity.

These two initiatives will drive businesses to follow suit and take action. At the Infosecurity Europe show – held at London Earls Court Exhibition Centre between the 23rd and 25th of April 2013 – thousands of IT security professionals will be visiting to see the latest technologies and gain insight from the industry’s leading authorities and their peers in similar industries.

The 2013 show is held against the constantly-changing threat landscape of four main types of electronic threats: politically motivated hacktivists; cybercriminals seeking to monetise their frauds; rogue states, and cyber terrorists looking to both promote their cause to the wider majority and, of course, educate their radical colleagues using the Internet. Against this complex background there is a rising tide of malware, spear phishing and an increasing awareness that – this time around – the cybercriminals might just be winning the battle against the security white hats. 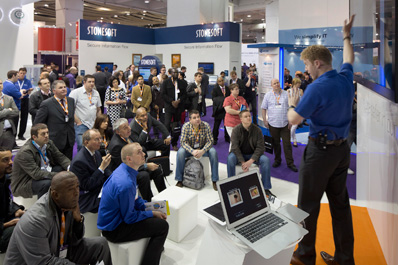 Celebrating its 18th year, the show provides a thought-provoking programme of features including, a diverse range of new IT security products and services from over 350 exhibitors and an unrivalled education programme. There are over 70 vendors from overseas including France, Israel, USA and Scandinavia and at least 50 new security vendors in the New Exhibitor Zone. The show serves an audience of more than 12,000 unique visitors, of which 46% are decision-makers and influencers.

Research carried out by the show organisers has found that the topics that are causing most concern for 2013 are risk mitigation, spending levels, growth of cybercrime, what does the future have in store, and how to develop an incident response plan.

The education programme with over 100 speakers has been developed following extensive consultation with the information security end-user community and an advisory council of CISOs, to identify the most critical issues, topics and challenges for them in 2013. Key speakers include CISOs from: News International, Santander, The Post Office, Betfair, Unilever, Channel 4, Ministry of Defence, Metropolitan Police, Bank of England, Network Rail, Microsoft, Nottingham City Council, BAA, Bank of America Merrill Lynch, Philips and EasyJet.