A high-rolling player has been thrown out of a casino in Australia after having successful executed a scam that involved compromising of the gambling establishment’s CCTV system, using it to gain insight into the other players’ hands, and ultimately winning a little over $34 million. 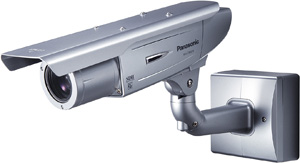 According to the Herald Sun, the gambler was a foreigner that checked into the Crown Casino and Entertainment Complex in Melbourne with his family several weeks ago.

After winning and losing huge amounts, he was invited to a high-stakes poker game in a private suite only accessible to VIP guests. But what the casino bosses didn’t know is that the player was in league with scammers who have managed to compromise the internal CCTV system and could access it remotely to observe what’s going on inside the premises.

By monitoring the cameras that showed the cards that each of the other players at the table had in hand and by transmitting the information via a wireless link to the “their” player, they allowed him to scoop up the huge amount in only eight hands of cards.

The Sun does not say how the deception was discovered or how the remote hackers managed to gain access to the camera surveillance system, but says that after the discovery the gambler was booted out of the establishment in the middle of the night.

A casino spokesman says that the investigation is still ongoing, but that the Crown will likely be able to recover a significant portion of the amount involved in the scam.

The scammer has, in the meantime, returned to his home country, and has been banned from the establishment for life. The scheme has also cost the VIP services manager assigned to the player his job.