TrustedSec released the Social-Engineer Toolkit (SET) 5.0 codename: The Wild West. This version is a culmination of six months of development, bug squashing, and user feedback. 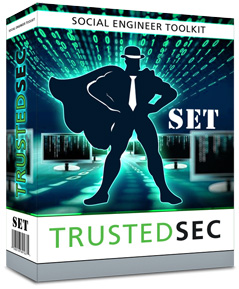 The new version of the web server is stable, and faster. This version if Kali Linux compliant (FSH) where all information is now moved and removed from src/program_junk and to your ~/.set home directory.

In addition to FSH structuring of SET, the developers also added performance and stability updates. For example, traditionally if you launched an attack, you would have to exit out of SET completely then relaunch. The dynamic importing has now changed to fix this and improve the ability to reuse modules.