The Defense Information Systems Agency (DISA) of the U.S. Department of Defense has approved the use of government-issued iOS 6 devices when connecting to its military networks, adding them to the previously approved BlackBerry and Samsung Knox operating systems. 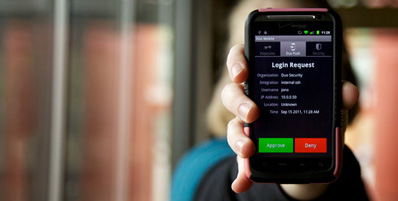 The agency confirmed that the DoD currently has more than 600,000 commercial mobile devices in operational and pilot use, including approximately 470,000 Blackberries, 41,000 Apple operating systems (until this moment banned from being connected to military networks) and 8,700 Android systems.

Naturally, the Security Technical Implementation Guide (STIG) for all approved devices does not allow personally acquired mobile devices to connect to DOD networks.

DISA has been tasked with establishing the Mobility Device Management system, due in early summer, which should provide a process for managing and distributing mobile apps and an enhanced cyber defense infrastructure.

“A key objective of the Commercial Mobile Device Implementation Plan is to establish a department-wide mobile enterprise solution that permits the use of the latest commercial technology such as smart phones and tablets, and the development of an enterprise mobile device management capability and application store to support approximately 100,000 multivendor devices by February 2014,” they stated a press release issued on Friday.