Despite Google announcement that it won’t allow facial recognition on Google Glass (yet) and Facebook turning it off (just in Europe), every person should be aware that it is only a matter of time until the option is widely used – and not just on social networks or futuristic projects.

So far, you can’t do much about it except keep your head down, covered with a wide-brimmed hat, and hope that someone won’t snap a clear photo of you. But that’s not a great solution if you don’t want your life dramatically changed and your interactions with the world and the people in it made difficult.

So, with the help of colleagues, the Professor Echizen has developed a device he dubbed “privacy visor”, which uses 11 near-infrared LEDs to thwart face detection systems. 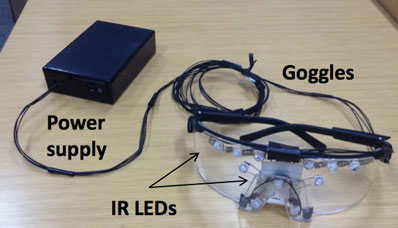 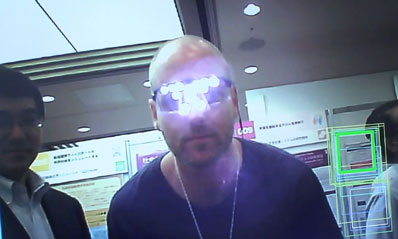 But not all camera are affected in this way by infrared light, so the researchers also created a simpler (and cheaper to produce) visor that uses reflective material instead of electricity to achieve the same goal.

These visors do seem somewhat cumbersome, and could definitely be a problem for people who need to wear prescription glasses. Also, let’s face it, don’t look nearly as cool as Google Glass.

Nevertheless, they might be a step in the right direction. As a pessimist / realist that knows that technological progress can’t be stopped and that its evolution is already surpassing that of laws that should curb its use, I welcome any product and service that is geared towards protecting user privacy.