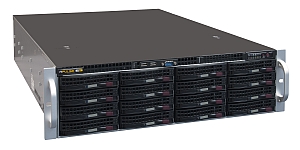 CPX is an ultrafast, multi-terabyte traffic recording and analysis platform for Network Operations Center (NOC) and Security Operations Center (SOC) environments. The high-speed, continuous recording solution provides indexed storage of network traffic for direct analysis or use with other security or monitoring applications.

CPX 4.0 delivers packet-level indexing, which speeds search capabilities and event resolution and enables users to locate the exact packets they require to support their resolution efforts.

“Our ability to operate at sustained speeds up to 20Gbps, capturing 100 percent of the traffic traversing a 10-gigabit network in both directions, creates a true Big Data challenge for our customers, and the most critical issue is being able to dig through this amount of information for the one event that matters most,” said Tim Sullivan, CEO of nPulse Technologies. “With our new search capabilities, we are making this big data more manageable and less daunting. In a matter of seconds, users can search all packets to locate the exact item that will help them identify and mitigate an event.”

This release also includes session-level decoding, which enhances traffic analysis, enabling users to capture, reassemble and analyze payloads on a per probe basis. By allowing users to decode an entire session, nPulse is providing greater visibility into potential malicious activities and payloads, while also eliminating the time required to manually collate all of the packets within a session.