According to a GDS International survey of more than 100 leading European information security professionals, investment priorities are changing. 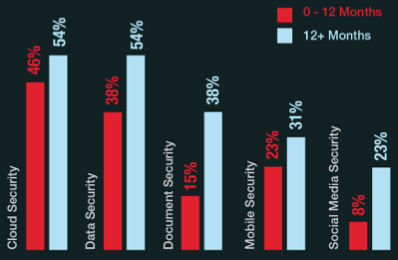 Resource is not all going towards a brighter tomorrow. Investments to maintain and run existing systems and processes are still the lion’s share, and have grown by 6% since 2011 (41% of 2013 budgets, up from 35% in 2011).

As to where the money is going, respondents said five areas were “priority one or two’ (where one is most important and five is least important). The five areas are: cloud security, data security, document security, social media security, mobile security.