The flaw can be exploited to make it impossible for users to revoke permissions given to an app or to remove it via their mobile Facebook app.

Users who attempt to do so are faced with error screens and prevented from continuing the process: 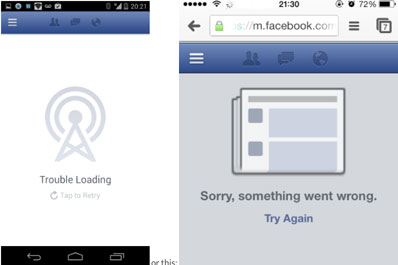 “Pretty much anyone with a little bit of technical know-how could make it impossible for you to revoke an app’s permission to access your information,” the company pointed out.

The flaw affects only Facebook’s mobile app, so the aforementioned changes can be performed via the desktop version of the site.

But if you take into consideration the fact that nearly half of the social network’s users are accessing it exclusively via their mobile phones, you can see why this might be a problem.

The company has alerted Facebook to the existence of the flaw, and they are apparently already working on a fix.