The Winter Olympics in Sochi are under way, and we have already written about the cyber risks awaiting visitors and viewers. But what about the ones awaiting the visiting media representatives? 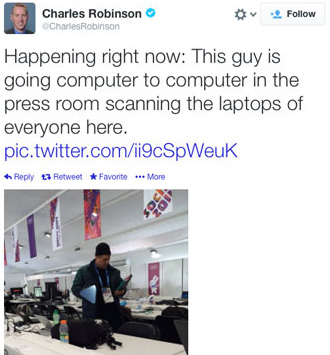 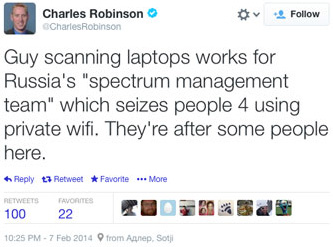 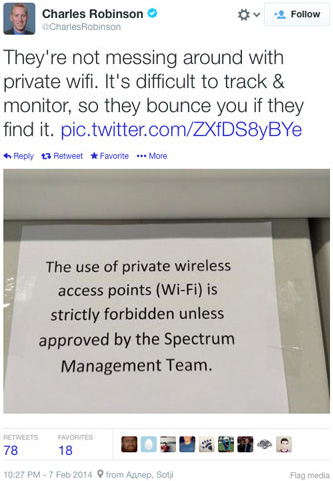 There’s no explanation of why the use of private wireless access points is forbidden.

At the Main Media Center in Sochi, the journalist have the option to use the slower free Wi-Fi or the paid higher speed one. Also, the Olympics at Sochi are the first time that the media has been offered free Wi-Fi access.

But, as the Guardian reported, “major amendments have been made to telephone and Wi-Fi networks in the Black Sea resort to ensure extensive and all-permeating monitoring and filtering of all traffic, using Sorm, Russia’s system for intercepting phone and internet communications,” so naturally there’s speculation on whether this move is to prevent the media using un-monitored Wi-Fi networks.

Whatever the underlying reason, journalists found using private WACs are apparently expelled from the room (possibly even from the Media Center?).