Use of encryption continues to grow in response to consumer concerns, privacy compliance regulations and on-going cyber attacks and yet there are still major challenges in executing data encryption policy, according to a Ponemon Institute study. 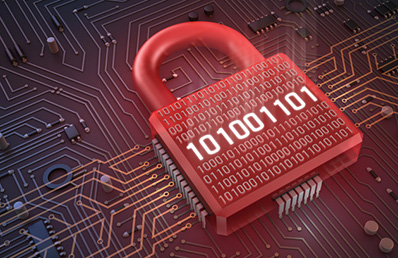 For the first time the primary driver for deploying encryption in most organizations is to lessen the impact of data breaches, whereas in previous years the primary concern was protecting the organization’s brand or reputation. Of those organizations that believe they have an obligation to disclose data breaches nearly half believe that encrypting their data provides a safe harbour that avoids the need to disclose that the actual breach occurred. The fastest growing reason as to why organizations are deploying encryption is to ensure they meet their commitments to their customers’ privacy with 42% of organizations focussing on their customer’s interests rather than for their own benefit, which has increased by 5% compared with last year.

The number one perceived threat to the exposure of sensitive or confidential data remains employee mistakes, according to 27% of respondents. When employee mistakes are combined with accidental system or process malfunctions, concerns over inadvertent exposure outweigh concerns over actual malicious attacks by more than 2 to1. Furthermore, forced disclosures triggered by e-discovery requests now represent the second highest perceived threat to the loss of sensitive data.

When asked about where encryption is used, organizations ranked backup tapes and databases as most important followed by network encryption and laptop encryption. Cloud encryption had a relatively low ranking compared with other encryption use cases ranking outside the top 10.

The Key Management Interoperability Protocol (KMIP) standard that allows organizations to deploy centralized key management systems that span multiple use cases and equipment vendors, has already established a relatively high level of awareness among IT and IT security practitioners. KMIP is perceived to be of increasing importance and is expected to contribute to encryption and key management strategies specifically around cloud, storage and application-level encryption. More than half of those surveyed said that the KMIP standard was important in cloud encryption compared with 42% last year.

Hardware security modules (HSMs) are increasingly considered a critical component of a key management strategy. These devices are used to protect critical data processing activities and high value keys and can be used to strongly enforce security polices and access controls.

Richard Moulds, vice president strategy at Thales e-Security says: “Whilst key management may be emerging as a barrier to encryption deployment, it is not a new issue. The challenges associated with key management have already been addressed in heavily regulated industries such as payments processing, where best practices are well proven and could translate easily to a variety of other verticals. With more than 40 years’ experience providing key management solutions. Thales is ideally positioned to help organizations re-assess and re-evaluate their crypto security and key management infrastructure and deliver solutions that ensure their integrity and trustworthiness.”

More than 4,800 business and IT managers were surveyed in the US, UK, Germany, France, Australia, Japan, Brazil and for the first time this year Russia, examining global encryption trends and regional differences in encryption usage. Results from the Russian survey showed adoption of encryption in the region to be very much in line with the rest of the countries surveyed.