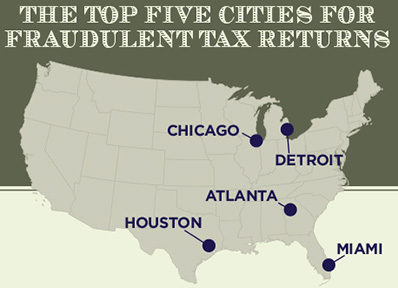 More than 125 million tax returns were filed online in 2013, almost double the amount filed in 2012. As more consumers adopt e-filing due to its ease and convenience, cybercriminals continuously develop new ways to compromise returns for profit. Now more than ever, effective security measures are a necessity during tax season.

Cybercriminals have derived several strategies to manipulate tax returns for personal gain, including:

Fraudulent returns – Cybercriminals often file a return for a child, an adult whose income doesn’t merit a return or even a deceased person. A 2013 report by the Treasury Inspector General found the Internal Revenue Service (IRS) gave away nearly $4 billion in fraudulent tax refunds the previous year.

Many consumers also begin to file their tax returns only to find out that someone else illegally filed a return in their name. Fraudsters often receive returns on pre-paid cards which are then turned into cash. The taxpayer is then left to deal with the inconvenience and hassle of reporting the crime to the IRS, filing a proper return and protecting their data and identity from fraudulent use.

Identity theft – After a legitimate user files his or her tax return online, cybercriminals can compromise the system and steal personally identifiable information typically included in a return, such as names, banking accounts and social security numbers. In the first half of 2013 alone, 1.6 million taxpayers were affected by identity theft.

Another form of identity theft results from fraudsters turning to social networks to identify potential targets and collecting the information on taxpayers necessary to accurately complete a return. Cybercriminals gather personal details such as a user’s number of children, marital status and employer to piece together a person’s identity, which can help them claim the correct number of dependents and estimate an annual salary in order to file a fraudulent return.

The launch of a new IRS mobile app this year poses additional risks for tax return fraud. The app provides information on a user’s refund status and tax records, as well as a portal that allows taxpayers to download their returns since 2009. Despite the convenience factor for consumers, these tools make it easier for cybercriminals to illegally obtain more personally identifiable information than was previously available.