A new version of the Darlloz Linux worm, which targets Internet-enabled devices such as home routers and security cameras, computers running Intel x86 architectures as well as some architectures that are usually found on routers and set-top boxes, has been analyzed by Symantec researchers. 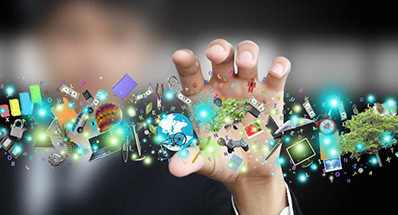 When first spotted in November 2013, the worm was not actively used in the wild, but now over 31,000 devices have been detected to be infected with it.

“The author of the worm continuously updates the code and adds new features, particularly focusing on making money,” the researchers say.

This can be confirmed by the current main purpose of the worm: mining crypto currencies such as Mincoin and Dogecoin – “Mincoin and Dogecoin use the scrypt algorithm, which can still mine successfully on home PCs whereas Bitcoin requires custom ASIC chips to be profitable,” they explained.

In order to do this, the worm installs open source coin mining software on the compromised computer – IoT devices aren’t used to mine crypto currency, as they lack the required memory and CPU power.

As in the previous version, Darlloz prevents other malware to be installed on the computer or device it infected, and it also blocks attackers from entering the system via previously established backdoors by creating a new firewall rute to prevent it.

The currently detected infections are rather evenly split between Intel based-computers and Linux servers, and IoT devices such as routers, printers, and so on.

The worm affects some 139 regions, but over 50 percent of them have been located in China, the US, India, Taiwan and South Korea.

Darlloz continues to spread, so how can you protect your computers and devices from it? The researchers advise keeping software on computers and firmware IoT devices patched and updated, changing the default passwords on the latter devices, and blocking the the connection on port 23 or 80 from outside if it’s not required.