Drawing on data obtained from a customer base of 2,200, Alert Logic found a significant increase in activity across cloud and hosting environments compared to last year’s findings—brute force attacks climbed from 30% to 44% of customers, and vulnerability scans increased from 27% to 44%. 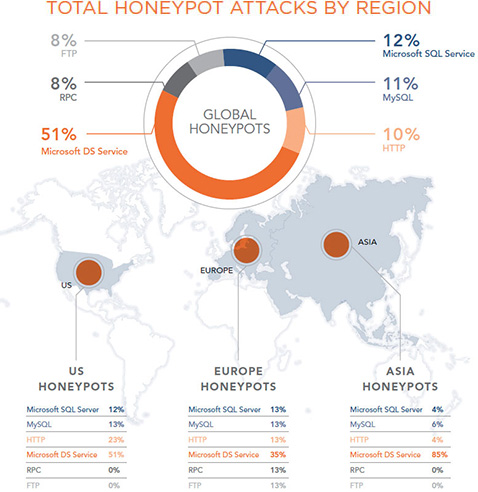 “Our intelligence suggests that the observed increase in cloud attacks is correlated to the growth of cloud adoption in the enterprise,” said Stephen Coty, Chief Security Evangelist at Alert Logic. “As more enterprise workloads have moved into cloud and hosted infrastructures, some traditional on-premises threats have followed them. This reinforces the necessity for enterprise-grade security solutions specifically designed to protect cloud environments.”

For this report, Alert Logic also selected an area for additional investigation. The company deployed honeypots in public cloud infrastructures around the world to observe attack types and frequency. Key findings include the following observations: