DDoS attacks are now more unpredictable and damaging than ever, crippling websites, shutting down operations, and costing millions of dollars in downtime, customer support and brand damage, according to Neustar. 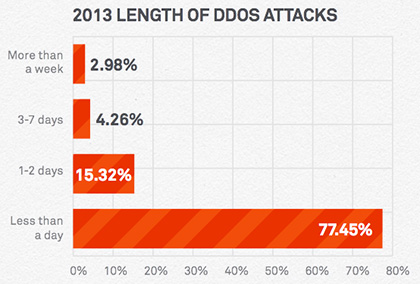 Nearly twice as many businesses surveyed suffered a DDoS attack last year and more than 40 percent estimated DDoS losses at more than $1 million per day.

Other key findings include a growing trend toward quicker, more concentrated attacks, suggesting a spurt in “smokescreening” – where criminals use DDoS attacks to distract IT staff while inserting malware to breach bank accounts and customer data. In fact, 49 percent of businesses who suffered a DDoS attack and a breach in 2013 reported that a virus or malware was installed or activated and 55 percent of DDoS targets reported that they were also victims of theft. Attackers stole funds, customer data and intellectual property.

“DDoS attacks create an “all hands on deck’ mentality, and the potential for damage is high as criminals take advantage of the distraction to grab and clone private data to tap into funds, intellectual property and more,” said Rodney Joffe, senior vice president and senior technologist at Neustar.

“Businesses should look out for shorter, more intense attacks without the traditionally expected extortion or policy demands. It is critical that they protect themselves by dedicating staff to watch entry systems during attacks, making sure everything is patched and having dedicated DDoS protection,” Joffe added. 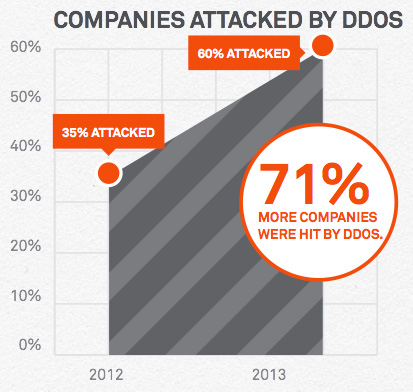