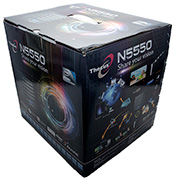 While just a decade ago having a DVD burner for your home storage needs was quite sufficient for most users, today’s multimedia-hungry consumers require terabytes of space.

Once an obscure term used mainly by IT geeks, backup has become part of everyday language. You can blame inadequate computer maintenance, faulty hardware, as well as a massive increase in high resolution digital photography and HD video.

Having a backup drive has become essential. Those serious about their storage needs turn to Network Attached Storage (NAS) devices. Like most tech available today, those range from introductory models with a modest set of features, to complex powerhouses with a myriad of options. 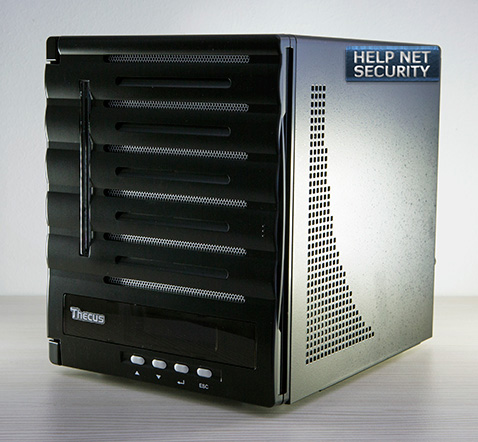 What I’m taking a look at today is a fairly complex device whose feature list is anything but basic. The Thecus N5550 is a five-bay NAS powered by an Intel Atom Processor D2550 (1.86GHz Dual Core) and 2 GB of DDR3 RAM. There are two RAM slots, which makes memory upgrades a breeze.

This appliance is well made, and its robust (mostly) metal construction ensures that, once the drives are installed, you won’t be able to knock it over accidentally. 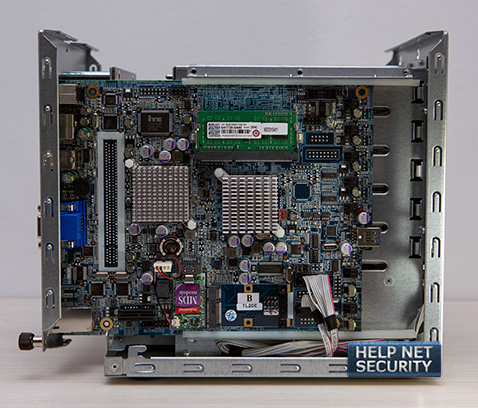 The NAS has a variety of ports: USB 2.0, USB 3.0, HDMI, VGA, eSATA, LAN2, WAN/LAN1, MIC input, line input and audio output. The front is equipped with an LCD display for accessible monitoring, below are two examples of information it can display: 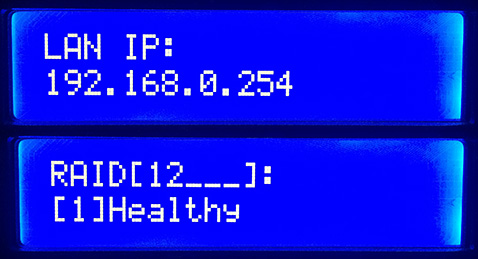 You don’t even need a computer to administer this NAS. Thecus has made available a module that allows you to manage it by using a keyboard and a screen connected via HDMI. The VGA output allows you to attach traditional monitors, projectors and televisions. If you want to play audio files, you can also attach speakers. 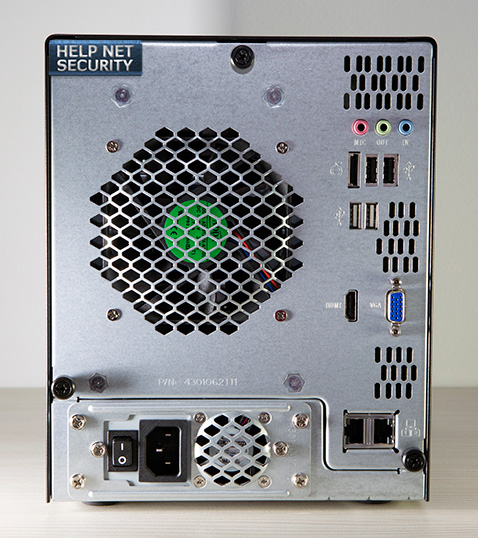 If you want to backup data directly from the N5550, you can use an external network or optical drive via the Data Burn module. This can come in handy if you need your data burned to a CD, DVD or Blu-ray disc. 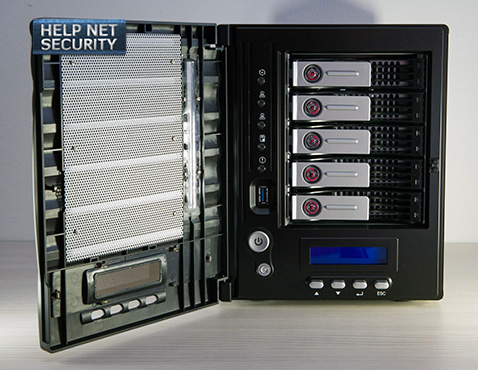 The HDD enclosures can hold 3.5″ or 2.5″ disks and are quite sturdy, with rubber pads for minimizing vibration. I suggest being gentle when inserting the disks as the brackets in front of the HDD enclosures are made of plastic and could break if you use too much force. This is one of those details you should keep an eye on, especially if you have to remove disks frequently. The enclosures are outfitted with a lock for extra security. 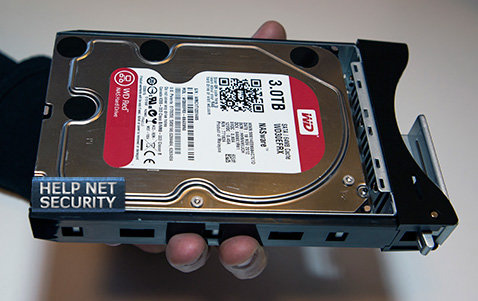 For the purpose of this review, I used two WD Red 3TB HDDs, designed specifically for usage with NAS devices. 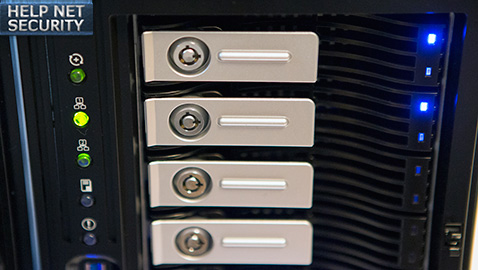 Using a decibel meter app for iOS, I measured the noise coming from the NAS while working at around 55 dB, which is fine, unless you’re used to working in a very quiet environment.

The device I tested was running the latest firmware (2.04.05). Just like I expected, the administration GUI is rich with options. Although its design takes you back to the days of Windows XP, don’t let that fool you, as it’s well laid-out and easy to use. 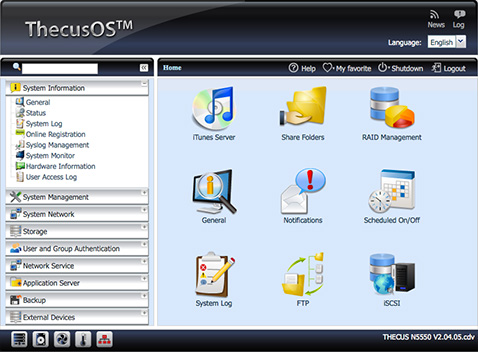 It’s always a good idea to keep an eye on the status of your NAS device and here’s the information at-a-glance: 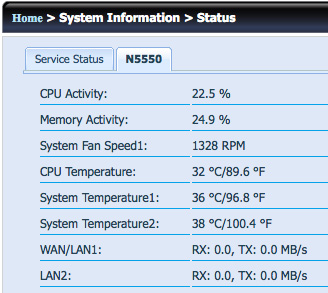 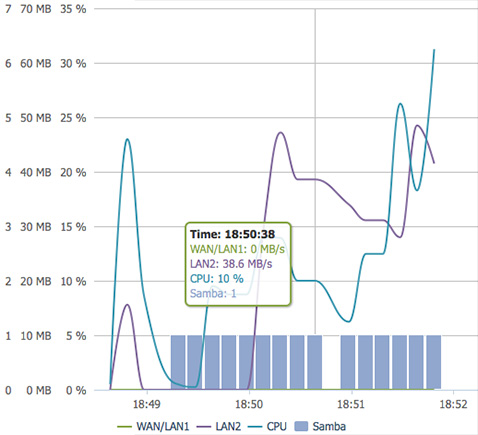 If you enable the History function, System Monitor will allow you to select different periods for each selection. This is particularly convenient if you want to pinpoint certain issues.

The installation of modules is straightforward so you can get to work instantly: 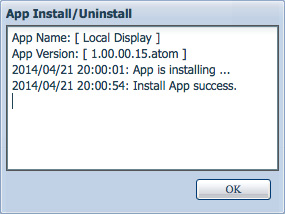 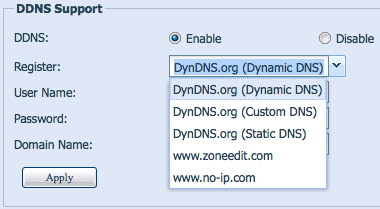 Chances of data corruption exist even if you use multiple drives in a RAID configuration. If you’re interested in this device, you’re probably passionate about backup and storage, so you’ll be pleased to learn that you have the option of making backups to another remote or local NAS, as well as Amazon S3 right out of the box. Those looking beyond storage/backup can also use this device for numerous purposes, such as a mail or IP camera server. 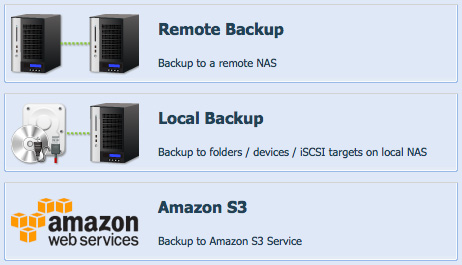 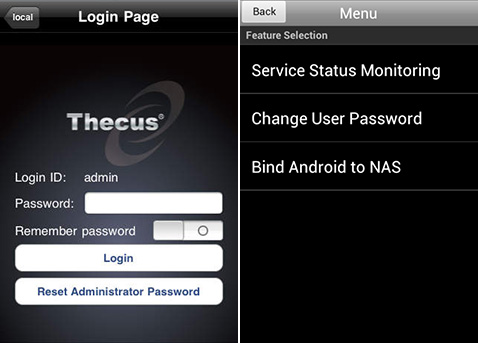 Thecus made sure you can access your NAS even when on the move by using an iOS or Android device and apps. T-OnTheGo allows you to access and manage files, as well as play videos directly from your Thecus NAS. T-Dashboard enables you to view the status of the device and control some administrative functions.

The Thecus N5550 is feature-rich, robust, simple to setup and use. It’s a versatile device with wide appeal, a good fit for anyone storing and managing terabytes of data with security in mind.