A group of over 30 Internet companies and civil liberties, environmental and political organizations have announced a global call to action aimed at making mass Internet surveillance more difficult for the NSA and other spy agencies and governments. 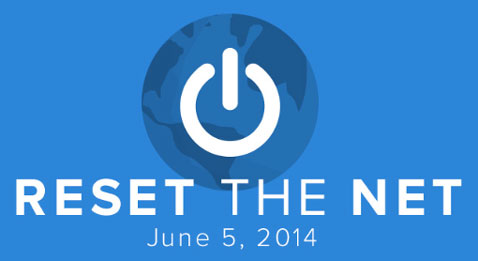 The coalition includes organizations like the Freedom of the Press Foundation, Demand Progress, the Open Technology Institute, the Libertarian Party, and Web sites such as Reddit, Boing Boing, DuckDuckGo, and others.

“The NSA is exploiting weak links in Internet security to spy on the entire world, twisting the Internet we love into something it was never meant to be: a panopticon,” they say. “We can’t stop targeted attacks, but we *can* stop mass surveillance, by building proven security into the everyday Internet.”

The action, called “Reset the Net“, is aimed at website administrators, online services, mobile app developers, and users in general.

The latter are urged to download the “Privacy Pack,” a bundle of free software that includes private chat tools Adium and Pidgin, software for private SMS and voice calls Textsecure and Redphone, EFF’s HTTPS Everywhere browser add-on, and GPGtools, Enigmail and TOR for more sophisticated users. The pack also includes tips on how to enable full disk encryption on your computers, phones, and tablets.

App developers are encouraged to “use SSL & cert pinning, and make sure all third party code like ads & analytics does too” if their app talks to a server. If it’s a messaging app, they are asked to consider implementing end-to-end encryption.

Website owners and administrators are advised to add SSL, HSTS & PFS protection, as well as end-to-end crypto. Finally, they are asked to run, on a specific date, a splash screen to promote the aforementioned privacy pack. “Getting serious about popularizing secure tools is one of our best weapons against mass surveillance,” the group points out.

The day chosen for the massive awareness action is June 5, as it was on that day last year that the first revelations about NSA’s mass surveillance efforts hit the public.