Alert Logic gathered this data by deploying honeypots in public cloud infrastructures around the world to observe the types and frequencies of attacks, and how the attacks vary geographically.

Attracting hackers like bears to honey, Alert Logic was able to gather an immense amount of data that details: 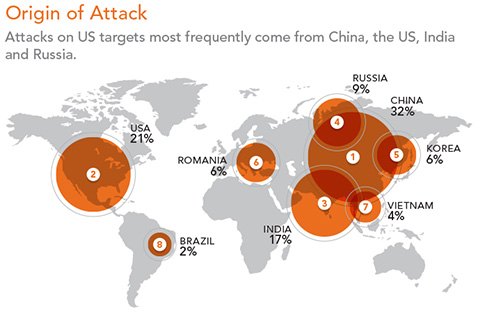