Facebook’s Privacy Checkup tool – informally dubbed “Privacy Dinosaur” – has been made available for use to all users of the popular social network.

Initially introduced and tested in April by a small number of user, the tool has obviously passed muster, and the rest of the users will soon be prompted to try it out via a pop-up.

Or, they could test it right away, by clicking on the padlock icon in the top right corner of their Facebook page and choosing the (unmissable) option. 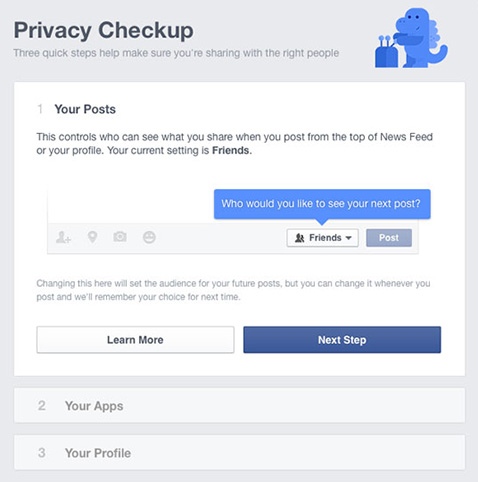 In three steps, the tool will invite you to review and change the default setting determining who will see your posts, the settings for the apps you’ve logged into with Facebook, and personal information you have included in your profile.

The tool is extremely easy to use and doesn’t overwhelm users with information, and will hopefully give them a push towards reviewing all their privacy setting and learning more about them. 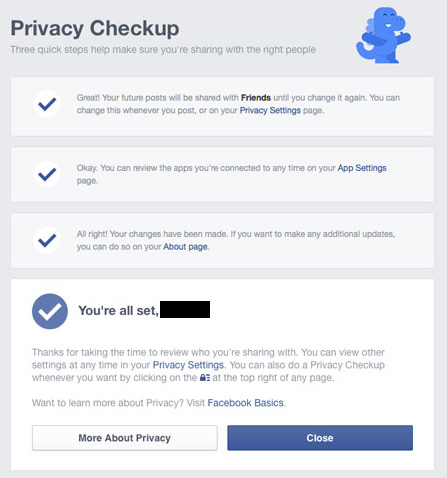 It’s likely that Facebook is trying to rehabilitate its image with the greater public, and make users who worry about privacy continue to share useful data.

Earlier this year, at the F8 developers conference, the company announced that users who are worried about data collected via apps will soon be offered the choice to login to third-party apps anonymously.

Facebook is apparently after user numbers and data, but for themselves. The company is reportedly working on a mobile ad network similar to Google’s, as it’s looking to get a bigger cut of the ad revenue.