Immediately after Sir Tim Berners-Lee kicked off IP EXPO and the adjoining Cyber Security EXPO, the stage was given over to Amar Singh CEO of GiveADay and Brian Honan, CEO of BH Consulting and Help Net Security columnist. 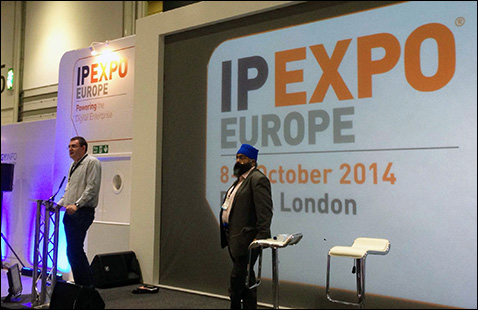 They introduced The Give A Day campaign, a valuable initiative that aims to bring together charities and information security/IT professionals.

Mr. Singh detailed some of the issues charities in the United Kingdom are dealing with in the cyber security arena. Because they are collecting personal information of their donors, charities are subject to the same rules regarding the safe storing of that information as companies, and to the same fines in case they fail to do so. But, they are also subject to far more rigorous requirements when it comes to reporting a breach.

Seven months ago, UK’s Information Commissioner’s Office (ICO) announced that the British Pregnancy Advice Service charity has been fined £200,000 after a serious breach of the Data Protection Act revealed thousands of people’s details to a malicious attacker. For a great number of companies a fine of this magnitude would be catastrophic, so just imagine what it could do to charities.

The Give A Day campaign aims to provide a platform that would enable professionals to donate their time to help charities with their cyber security issues.

Help Net Security and (IN)SECURE Magazine will support this valuable cause and if you would like to do the same, visit their site for more information and/or register yourself as a volunteer.