Vectra Networks collected data over five months from more than 100,000 hosts within sample organizations to gain a deeper understanding of breaches that inevitably bypass perimeter defenses, and what attackers do once inside networks. 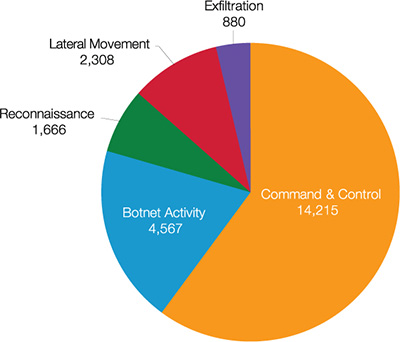 They found that more than 11,000 hosts experienced one or multiple cyber-attacks that made it through perimeter defenses. Of these attacked hosts, 10 percent had detections for two or more attack phases – such as botnet monetization, command and control, reconnaissance, lateral movement and exfiltration.

Overall, 15 percent of hosts in the participating organizations experienced a targeted attack. Once the attackers established a stronghold, they performed reconnaissance via internal port scans, lateral movement using brute force attacks, remote control of the attack with command and control communication, and exfiltration through hidden tunnels.

Oliver Tavakoli, CTO of Vectra Networks, said: “Cyber attacks are increasingly sophisticated, highly organized, and successful despite $60 billion invested in cyber security annually worldwide. All of the attack phases detected in this report are ones that evaded organizations’ perimeter and endpoint security systems.”

Additional key findings of the study include: