Owners of Samsung SmartTVs that use its Voice Recognition feature to control the device should be aware that everything they say in front of their smart television set may end up in the hands of third parties. 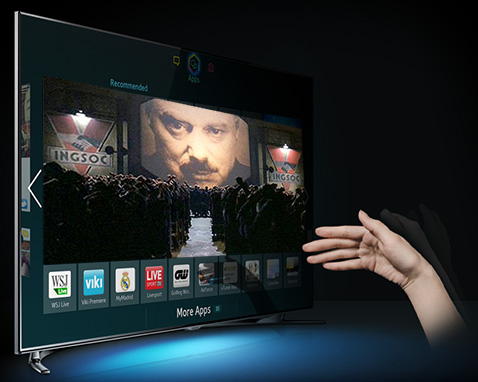 This information is not and was not secret – it’s provided in the aforementioned privacy policy, and is written out clearly under the Voice Recognition section:

When Shane Harris first noticed and publicized this fact, EFF activist Parker Higgins compared the policy with an excerpt from George Orwell’s “1984,” in which it’s described how citizens were surveilled by the government via the “telescreen.”

Samsung has reacted by stating the they take consumer privacy very seriously.

“In all of our SmartTVs we employ industry-standard security safeguards and practices, including data encryption, to secure consumers’ personal information and prevent unauthorized collection or use,” they said, and added that voice recognition can be activated or deactivated by the user, and that disconnecting the TV from the Wi-Fi network also prevents the sending of the data.

“Users can easily recognise if the voice recognition feature is activated because a microphone icon appears on the screen. Samsung does not retain voice data or sell it to third parties,” they added, and explained: “If a consumer consents and uses the voice recognition feature, voice data is provided to a third party during a requested voice command search. At that time, the voice data is sent to a server, which searches for the requested content then returns the desired content to the TV.”