Many financial firms are slowly putting more stock in the cloud. That’s a key finding from a new Cloud Security Alliance (CSA) survey, which targeted executives from banking, insurance and investment firms around the world. 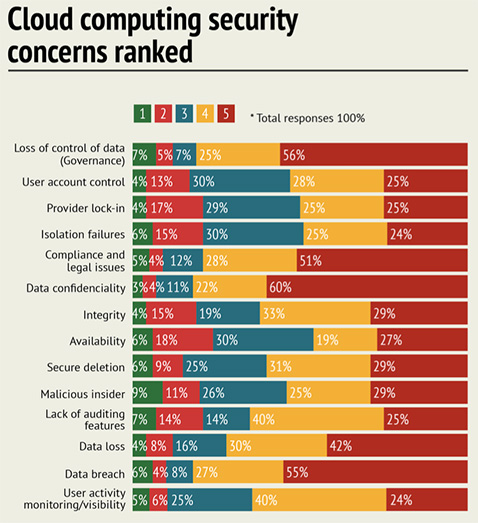 While the survey found that cloud computing is becoming more and more prevalent throughout the financial sector, many respondents indicated having less than 50 percent of a solidified, concerted cloud strategy with controls and security being a main concern.

According to the findings, 61 percent of respondents admitted that a cloud strategy was in the formative stages within their organization, with 39 to 47 percent planning to use a mix of in-house IT, private, and public clouds, and 18 percent planning to use private clouds. None of the respondents have plans to be hosted mostly in a public cloud. The results of the survey also showed that the higher the electronic channel transaction base among a firm’s customers, the less strict the cloud policy with only three percent of these types of organizations indicating having a strict cloud policy in place.

In understanding why companies are moving to the cloud, respondents indicated that flexible infrastructure capacity was at top of their list (68 percent), followed closely by the need for reduced time for provisioning (63 percent).

The top services and features being adopted when moving to the cloud include CRM (46 percent), application development (45 percent), and email (41 percent), rather than backend services (20 percent) or virtual desks (14 percent).

Finally, in looking at compliance regulation requirements when moving to the cloud, at the top of the list was data protection (75 percent) corporate governance (68 percent) PCI-DSS (54 percent) and national regulations (47 percent).